Merdeka Square is the historical place where Tanah Melayu (Malaysia) declared independence from the British on 31 August 1957. Along with the square, there are nearby historical landmarks that will also be covered in this article alongside Petaling Street (Chinatown).

I have categorized and batched attractions so it makes logistical sense for you to cover by public transport, GrabCar (there’s no Uber in South East Asia) and on foot.

This article will help you to understand the history of what makes this city what it is. So I have organized the attractions in order to make logistical sense for you:

You can start your journey at Masjid Jamek. There is an LRT station nearby or simply use GrabCar to reach here.

Masjid Jamek is one of the oldest mosques in Kuala Lumpur. It was the main mosque in the city until the National Mosque (Masjid Negara) was built in 1965.

The mosque is well kept but small. It will only take about 15 mins to walk around it so don’t get your hopes up. The nearest LRT station is named after it, LRT Masjid Jamek.

Dress code: Guys need to cover below their knees and for the ladies, you will have to wear a scarf and cover your legs. You can borrow a scarf at the counter at the entrance.

Under the River of Life Project (RoL) in 2017, the area where the 2 rivers meet has been cleaned up, installed with LED lights, mist blowers and a fountain show in the efforts to boost tourism.

The cool thing about this place is that most Malaysians themselves have not actually been here as it was not marketed heavily by the media.

The best place to take photos is on the big bridge where you can see the 2 rivers meet, overlooking Masjid Jamek and the fog/light show. Once you have crossed the pedestrian bridge from Masjid Jamek, follow the walkway along the river until you reach the photo area (map):

Water fountain feature with LED lights. Dead during the day. So the best is to come at night with the LED lights, water, and projector show. Map.

Pics of the Monument at night coming soon.

Restored Cathedral constructed in 1895. Worth a pop in. It’s good to see the contrast of religious institutions in close proximity to one another and coexisting in harmony. Map.

Merdeka in Malay means independence (local name: Dataran Merdeka) is a historical place where Malaysia declared independence from the British on 31st August 1957. There are frequent events happening especially during weekend nights. Map.

Probably the icon of the whole Merdeka Square area beside the square itself. Map.

A small 2 story air-conditioned museum displaying the different ethnic clothes in Malaysia and how they are made.

I only recommend this if you are somewhat cultured and are genuinely interested in history and culture. My opinion would be that young adults and kids would be bored here.

The famous ‘I Love Kuala Lumpur‘ sign is located here for you to take your Instagram photos.

Inside, there are buildings and city models, a cafe and a souvenir shop.

A great place to explore local artwork and purchase souvenirs. Haggling is a must. Opens daily from 10 am to 10 pm. Map.

Kasturi Walk is a section next to the Central market that they sell more souvenirs and local snacks.

Chinese-style Taoist temple. Opening hours are from 8:30 am to 5 pm. Map.

A shopper’s paradise. Mostly contraband items perfect for impulse purchases or as a souvenir.

It is more lively at night as the sellers start to setup counterfeit mobile shelves publicly on display.

Haggling is absolutely necessary and don’t dress too fancy it will work againts your favor when haggling. As with being in a crowded area, always keep an eye on your belongings and pockets.

A well maintained, colorful Taoist shrine worth a pop in for some pictures. Map.

A restored shop lot with original wood flooring and beams from 1910. It is a cafe but the unique thing about it is that it hosts a live Gypsy Jazz performance on selected Sundays.

Local swing dance clubs frequent this event while they do their dances to the music which is very nice and lively.

A personal friend of mine, Zulhilmy is a full-time bassist, he organizes and performs at this event. Check out his Instagram.

This is one of those establishments that need to be researched beforehand. If you were just strolling around, you probably wouldn’t realize that the place exists let alone know it’s actually a restaurant. It is just a few steps away from Merchant’s Lane Cafe.

Not the be confused as a cafe, but Chocha’s Food Store is an Asian fusion restaurant. The restaurant is downstairs and the bar is upstairs (opens at 5 pm).

To me, this restaurant has a great vibe and would be the perfect place to enjoy lunch or dinner with great company.

A former brothel then abandoned shop lot turned into this charming cafe. It is a perfect place to hang out after a long day of walking about exploring the city.

Another speakeasy bar I recommend. Shanghai theme cocktail bar. It’s a little hard to find at first so make sure you have it saved on your Google Maps.

These attractions should be enough to occupy you for a day or at least an afternoon. To explore the next area of KL, read my other articles that cover the other 3 areas of the city:

link to How to Self Contribute EPF using Maybank2u

NOTE: As of the writing of this article, you are only able to make payments via Maybank2u on your computer, and not on the mobile app STEP 1: log in to the new Maybank2u website: STEP 2:...

I was window shopping for a future comfortable family car in the sub-RM130k region. Here's what I look for in a future family car: Reliable, low maintenance Japanese brand that can last at least 9... 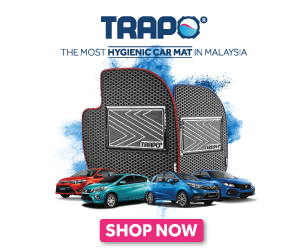